NEW EUROPEAN BAUHAUS STATES THAT WE HAVE TO BUILD BEAUTIFUL, SUSTAINABLE AND INCLUSIVE – BUT HOW DO WE REALISE THAT

New European Bauhaus (NEB), is one of the new high-profile initiatives from the European Commission focusing on how we can create beautiful, sustainable and inclusive ways of housing and living. The initiative should be based on local possibilities, needs and demands – but what then? It was the starting point for the seminar, which was organized by the innovation cluster Smart Housing Småland.

Magnus Falk, project manager at Smart Housing Småland, moderated the seminar and briefly explained the structure and topic. The presentations were opened by Linda Reinholdsson, Brussels EU Office representing Småland/Blekinge/Halland, who gave the participants a little more information about the content and the process within the framework of the initiative New European Bauhaus. 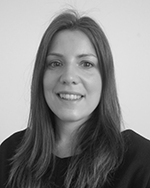 It was quite surprising for many initiated actors in the EU corridors when this positive initiative was presented by the EU Commission President Ursula von der Leyen in September 2020, Linda Reinholdsson explains. Especially in the middle of an exceptionally tough situation when everyone and all countries across Europe and the world struggled with the corona pandemic.

– Ursula von der Leyen really emphasized that the New European Bauhaus should not only be about technology and the environment – but a common cultural project aiming at how we want to live in Europe in the coming decades, Linda Reinholdsson stated.
Matbilda Tham, a researcher at Linnaeus University, showed in an accurate way how important it is to face the “double housing crisis” in the countries in Europe and the whole world. A housing crisis that is both about the climate demanding measures and social sustainability. The existing housing industry is unable to meet the needs of groups such as migrants, students and elderly people.

Mathilda described interesting results from the BOOST project – which resulted in the acclaimed book Oikology – where the starting point is the housing dreams in different groups of people. “From kitchen island to kitchen bridge” – which is about a new way of thinking to truly live in harmony and community. A way of living that consumes less of the finite resources of the earth.

– When it comes to ecological sustainability and the living environment, including all species, we must have an uncompromising approach. Reports on climate change show that we must increase the pace of change of our life pattern, says Mathilda Tham. 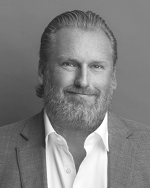 Jens Dahlkild, founder and architect of the Kalmar based company “I am Home”, emphasized the importance of challenging old habitual patterns when planning housing and living environments that are characterized by “happiness” and harmony. They need to support the NEB framework as beautiful, sustainable and inclusive. In the recently built housing project Tallbocken for young adults in Kalmar, these goals have resulted in generous shared spaces – for example an atrium and a roof terrace, where it should be stimulating to socialize and pursue different interests – individual and shared. 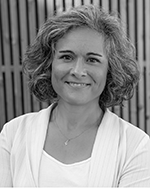 Linda Camara from Tengbom Arkitekter, emphasized the importance of “Courage and curiosity” and started pointing out the fact that in previous appearances at Smart Housing Småland, the focus has been on building faster and with higher performance via industrial construction methods. But for industrial and more rational processes in construction to be sustainable, it is also required that they are beautiful and inclusive.
Linda chose to present two examples from Hamburg and Lund. The German example showed a multifunctional outdoor environment, which not only attracts one certain target to the place (for example town squares) but also other groups such as young people, elderly and families with children

Relationships need to be involved

There is also a need for surprising and diverse choices in the built environment – as in the example from Lund (with high ambition levels for innovation and sustainability) – where the surprisingly “playful” is a slide that starts from the building itself instead of the selected play environment.
– To achieve success with the NEB goals, courage and curiosity are required to change established patterns, and gradually work with the beautiful, inclusive and sustainable. At the same time striving to consume less of the resources of the earth in each project, Linda Camara says.
The NEB initiative, its continued process and how the local perspective may take place in it, was finally discussed. There is plenty of positive energy within the framework of the NEB investment, according to Linda Reinholdsson. Everyone agreed with Mathilda Tham in that the social aspects, not least the relationships between both humans and species, must be involved when we plan and build housing and living environments. Magnus Falk concluded that Smart Housing Småland will continue to work on concretizing NEB’s values – in a Småland context.

Listen to the webinar “How do we build with a focus on Beautiful, Sustainable & Inclusive” (Swedish) here

If you missed one or more of our seven webinars, it is possible to watch them (Swedish) here